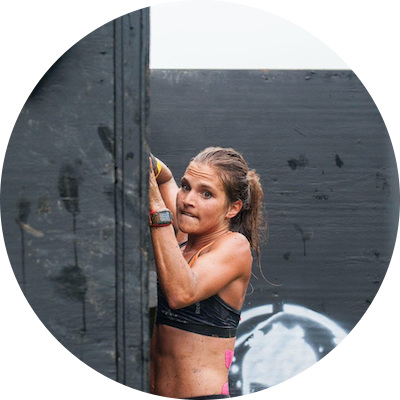 Faye began competitive running in junior high school when her gym teacher convinced her to join a track club. It wasn’t long before she was lapping the boys and soon became one of the top junior-aged distance runners in the country. However, the early success, pressure, and Faye’s relentless ability to outwork everyone finally caught up with her. By the middle of high school she had suffered a few overuse injuries and the dreaded puberty finally showed it face. What followed was a few years of chasing times which once came effortlessly, but she was determined to push on and see what she was made of.

Faye ran on the University of Calgary’s track and cross country teams and began her career as a personal trainer following graduation. She shared her love of fitness with a diverse clientele while inspiring anyone she encountered to live healthier and fitter lives. Faye brought her knowledge and experience together and began training her clients (and herself) with a heavy emphasis on strength training and metabolic circuits. It was this type of training that not only took her clients to new levels but would serve her well in her next athletic endeavor, obstacle course racing.

With a strong aerobic base and having built some serious strength, Faye quickly became a dangerous threat to obstacle course racers around the world. In 2014 she placed 12th at the Spartan World Championship. The last three years Faye has been focused on her ultimate goal of being crowned the World Champion.

In 2016 Faye had a big year; she was signed on the Spartan Pro Team, finished 2nd in the US Spartan Championship Series, 3rd at the Spartan World Championship and managed to hold the number one spot in the global world ranking throughout 2016.

Aside from being totally addicted to pushing her body to the limit, what keeps Faye coming back year after year is the OCR community. Nothing makes her happier than getting to travel and share her love of fitness and adventure with so many positive and inspiring people. She truly lives the “work hard play hard” mantra to the fullest.

#22 How to Balance Entrepreneurship & Training with Faye Stenning

Faye quickly became a dangerous threat to obstacle course racers around the world. In 2014 she placed 12th at the Spartan World C…