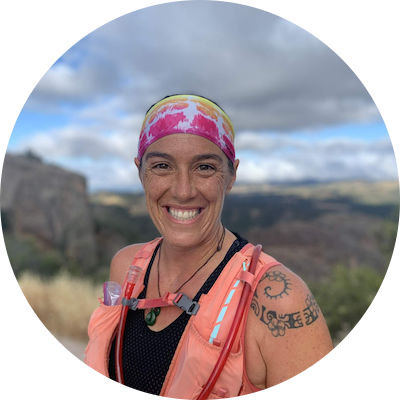 Sonja Wieck (w-ick) underwent a life transformation taking her from an average stay-at-home mom to a World-Class Ironman triathlete.

She can be seen leading her group of 3 men on Team Iron Cowboy on Mark Burnett’s new competition show “World’s Toughest Race Eco-Challenge Fiji” hosted by Bear Grylls premiered on Amazon Prime on August 14, 2020. (If you haven’t watched this yet. You need to) She now has a podcast of her own sharing the untold stories of the athletes that participated in that event.

And if that’s not all she’s also an Ultramarathoner, she’s ran the Grand Canyon Rim to Rim in 12 hours, was named the Moab 100 mile Female Champion and 2nd overall (2010).